The EU has embarked on a push for greater centralised supervision of financial markets, setting out an oversight regime for crypto assets and also pledging to learn lessons from the Wirecard scandal.

The European Commission on Thursday proposed a regulatory system for so-called stablecoins, such as the Facebook-backed Libra initiative, and other cryptocurrencies, saying that the bloc must adapt its rules to rapid technological innovation in the financial sphere. The plans include handing some key powers to EU-level authorities.

The measures were unveiled alongside a much broader push for uniform application and oversight of EU financial market rules — a cause Brussels linked to the bloc’s drive for more strategic autonomy, and said was all the more important given the City of London’s exit from the EU.

Presenting the proposals, Valdis Dombrovskis, the EU commission’s executive vice-president for economic policy, said Brussels was looking at “further work towards central European supervision in the area of capital markets”.

“When we are developing European capital markets, it also requires that rules are applied consistently across borders,” he said.

Crypto assets were a particular area where “a co-ordinated, centralised approach would be warranted” given the cross-border nature of the business, said Mr Dombrovskis.

Under the commission’s cryptocurrency plans, issuers of “significant” stablecoins would be supervised by the European Banking Authority, a Paris-based EU agency.

Stablecoins like the controversial Libra project are so named because they are tied to existing currencies, giving them stability. Cryptocurrencies such as bitcoin have become notorious for their violent price swings.

The Brussels plans would also set requirements for the crypto asset industry on everything from capital requirements to governance standards, in exchange for the products being allowed to be bought and sold across the single market.

Mr Dombrovskis said that the measures were not aimed at stifling innovation, but about setting clear rules that would allow new technologies to flourish.

Regulators in Switzerland and the UK have gone further in setting out their plans to regulate crypto assets, hoping to become key hubs for emerging digital currencies. Most crypto-related initiatives have been carried out at a national level, with countries such as Estonia keen to push digital currencies.

Copying projects begun by other jurisdictions, the EU wants to set up a so-called sandbox that lets financial technology companies experiment with crypto assets. The sandbox allows companies to test new products in a live environment with legal authorisation.

Brussels also put forward legislation to toughen EU oversight of whether technology companies providing cloud computing and other services to the financial sector are resilient against cyber threats.

Brussels said that it would “carefully monitor” whether EU market rules were being enforced uniformly enough for the capital markets union “to thrive”. If not, the bloc could seek more “direct supervision” by the EU’s own regulatory agencies. 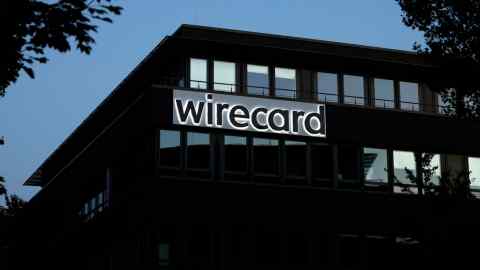 Mr Dombrovskis also confirmed that Brussels would propose the creation of a European supervisor to enforce rules against money laundering.